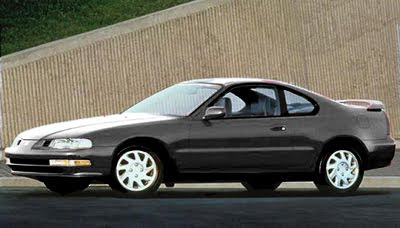 I did it through neglecting a piece of regular maintenance; Changing the timing belt every 90K miles.

I was headed to work, and the belt snapped after cresting an incline: Half of the valves on the top end of the dual overhead cam engine bent to heck. At 193K miles, the Prelude could have been good for 250K, but I missed my chance. I had to close the lid on the engine and make a hard choice. Replace the engine and do other needed front end work for $2K, or move on to a larger, newer vehicle that could handle carrying my framed work, studio supplies and has the same reliability. I chose the latter. 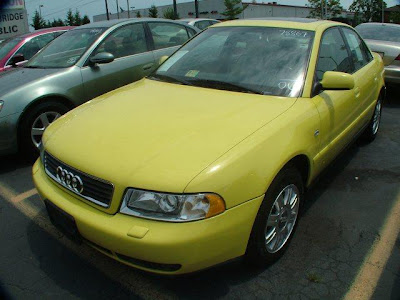 my darling daughter (in need of hours of behind the wheel practice) and i drove a 180 mile loop today, test driving cars within my 4x4x4 range - 4 doors x 4 cylinders x $4,000. We tried various cars, but at the end of the day - i went with familiarity.

daughter wanted me to get the banana colored 2000 audi A4 - i couldn't see myself trying to blend in with a pack of traffic in a car that looked like a school bus. she's mad at me for not buying it.

i also drove sharp BMW convertible, but i saw it puff smoke as i made a U turn on my test drive... sorry. 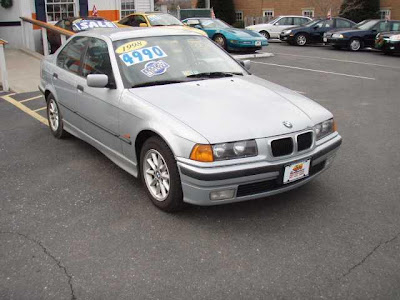 just need it to get me up the road and back each day. it should do fine.

daughter is mad at me - said it looks old and boxy - would rather be dropped off at the prom in the minivan. she had her eye on the Prelude as her first car, and was nearly tearing up as I broke the news that I couldn't afford to drop the money into it.

i can only go with what i know.