Here's the unboxing video of my 1978 B.C. Rico Mockingbird. I haven't seen it in 15 years, before I moved out of Pennsylvania. I had loaned it to a college friend of mine, and we just lost track of it. He boxed it up and dropped off at FedEx a couple of days ago. I just got it today.

It only had 5 rusty strings on it, but the neck still looks straight. It has a fat 50s Gibson profile, but the neck is a full two octave scale, which is nice. I think it would be a nice metal guitar, so I may strip it down to the underpaint and spray it satin black. I've always hated white/cream guitars, so no love lost if it get's a new coat.

I just want to find out from B.C. Rich if the 1978 Patent Dispute guitars have any value. It already is not an original machine. The Bridge Pickup is an early Seymour Duncan Invader, though the neck still has a stock GOTOH humbucker. I also don't think the Preamp is an original option, and was added by the previous owner in the early 1980s. 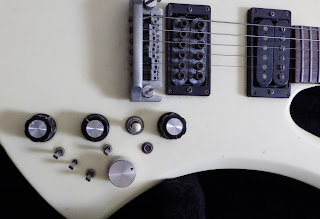 My close friend and old fellow band member, Bob wrote me in an email:

Do any of you know much about these guitars and their value? I'm itching to modify it since it's already been messed with.

Honeydew Branchweed said…
Wow! What a great feeling this must be! Congrats on the reuniting with an old flame! May your love burn anew and lead you down new and exciting roads.
July 7, 2013 at 6:46 AM 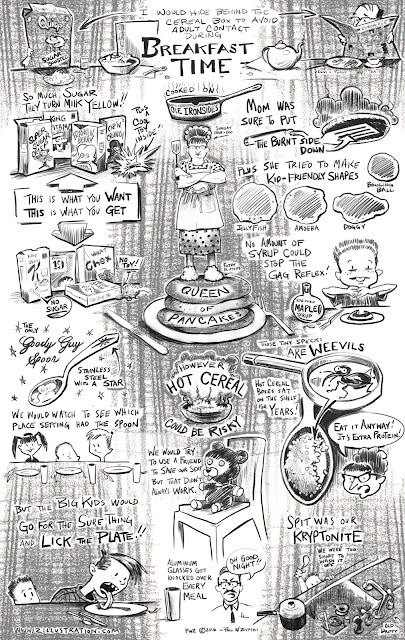